"Schnellecke offered me a professional opportunity that I gladly accepted"

Johanna Gerstel reports on her path from apprentice to forwarding merchant to junior RPA expert in the Robotic Process Automation Competence Center. 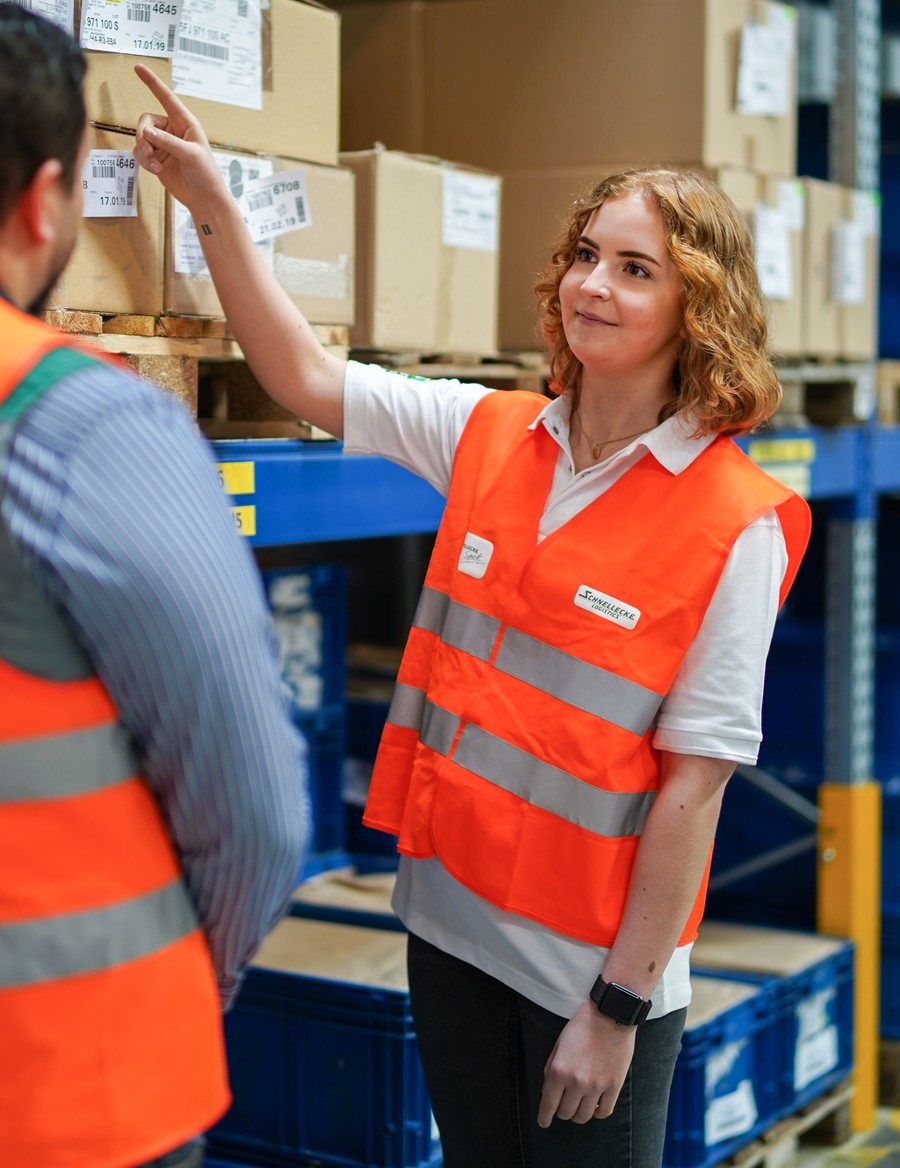 How did you come to work for Schnellecke?

"I’m from the Wolfsburg region and, after attending a grammar school with an emphasis on economics and business studies, I decided to do a commercial apprenticeship. I knew Schnellecke to be as a very good training company, and after my application and interview I was accepted for a vocational training position. Due to its size, Schnellecke offers various departments for commercial training. In the transport division in Braunschweig, for example, I worked in customer service and scheduling. I became familiar with the tasks of the personnel department and packaging planning in Wolfsburg."

After your apprenticeship you changed to another department...

"I had already taken information processing as an exam subject at school. And when I heard about a position at the new RPA Competence Center during my apprenticeship, I took the opportunity and applied."

How did you prepare for the new position?

"In the beginning there was a starter training course, which gave me a basic understanding of RPA. This was followed by a business analyst training course to learn about the role of the person between process owner and developer. Further courses followed, and I realized that the entry into bot programming was becoming increasingly complex with each course."

What exactly is your task?

"A bot is programmed to perform repetitive and monotonous work in place of the employee. In the beginning there is the analysis and documentation, i.e. is it possible to realize the process with a bot? To find out, we talk to the process owners and ask what the bot will have to do and if the process needs to be changed, for example. In regular coordination with the users, the bot is then programmed step by step."

Can you give an example?

"We have developed a bot that gives material numbers a deletion indicator. This bot carries out various transactions in SAP and transfers the corresponding values using a spreadsheet. By automating this process, we saved nine working days."

"Schnellecke is a family-owned business. We know each other and can talk about everything. My training manager was always available to me as a point of contact when it was necessary. And I can see from my professional development that Schnellecke offers prospects that are not a given elsewhere."