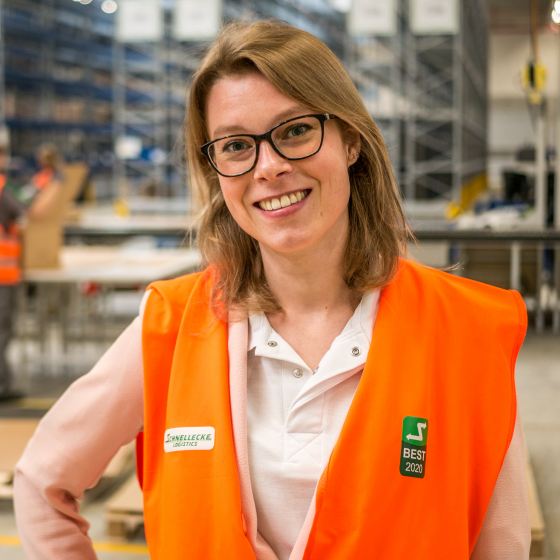 "In 2008, after my abitur (baccalaureate), I started an internship at Schnellecke in Port Elizabeth, South Africa. After the twelve-month internship, I started a joint practical training program in Wolfsburg because I really liked the team I worked in and the warm atmosphere at the company. I apprenticed as a business management assistant for forwarding and at the same time studied Logistics.

I gained practical experience in various departments. However, I stayed on in Quality Assurance. I successfully completed my business management assistant for forwarding apprenticeship in January 2012. I was allowed to write my Bachelor thesis in spring/summer 2013 in Corporate Quality & Environment on the topic of green logistics. And then I received an offer to go to Puebla, Mexico as the manager of Quality Assurance. It wasn’t a hard decision to make."

What did you think of the work in Mexico?

"In the beginning it was pretty hard. I couldn’t speak any Spanish and rarely had time to go to a language course because there was so much to do. I had to familiarize myself with the issues and get to know a whole team. After half a year I seriously considered calling the whole thing off, but then my ambitions won out and I pulled through. At the end I had three interesting and instructive years in Mexico. After Mexico things took me to America for a short time. There, I had the opportunity to help design the startup on the part of Quality Assurance and a training center at the company site in Tuscaloosa."

And now you’re back in Germany …

"After four years overseas I wanted to come back to Germany and decided on Soltau and later Bremen. I was attracted to the position of administrative department manager, another experience in addition to quality assurance. I also knew my colleagues from Tuscaloosa, Löschen and Schneider, who I got along with very well."

"The special thing about Schnellecke is the people who work here. Those that I have gotten to know have always met me with a lot of kindness, and it really is a bit like a family. That might not be the same for everyone, and a lot also depends on you."