The efficient use of the available storage space in a warehouse is a not inconsiderable cost factor for the operator. This also applies to Schnellecke. Therefore, in cooperation with the Fraunhofer Institute for Integrated Circuits in Nuremberg, an algorithm is being worked on that not only optimizes the use of storage space, but also considers the necessary forklift traffic and is designed to optimize their routes by considering the positions in the incoming goods area and the point of use. 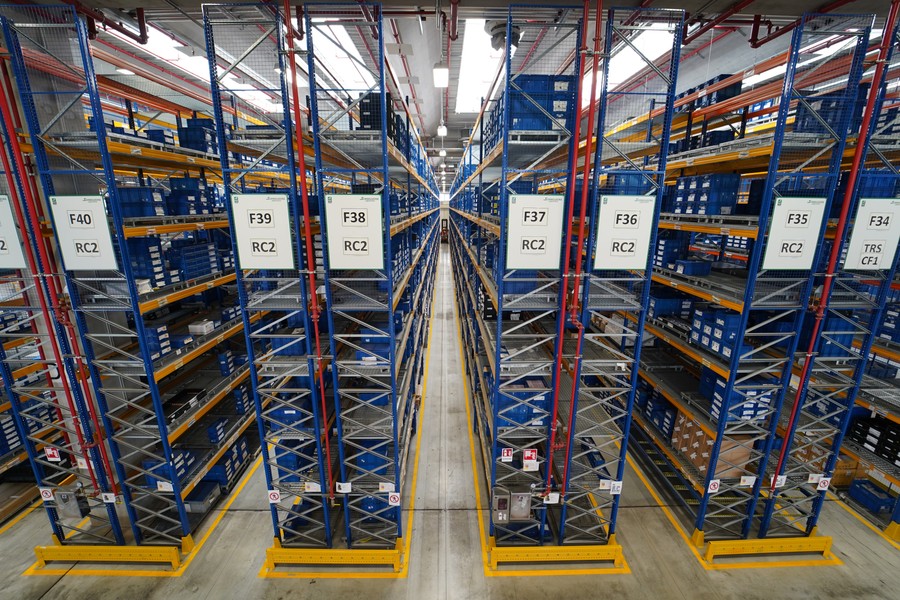 In reality, the handling of goods in a warehouse is linked to many, sometimes strongly interconnected secondary conditions, the non-adherence to which can lead to stoppage in operations and also to major disruptions. The primary concern here is not which goods fit into certain shelves but rather safety regulations for employees and compliance with load and fire protection conditions.

Normally, a fixed system ensures that the number of permitted storage spaces for each package of goods delivered is limited to only a few options. This can also mean that in extreme cases there is no free storage space for the container in question. Also, this method does not consider the distances from the storage location to the loading and unloading zones, which means that, in the subsequent operation, a longer distance may have to be covered to process the items stored further away.

To meet these challenges, Schnellecke is cooperating with the Fraunhofer working group for Supply Chain Services (SCS) of the Fraunhofer Institute for Integrated Circuits in Nuremberg.

All this should be determined nearly in real time and thus help to make warehouse management safer and more efficient. As a result, there are fewer empty spaces in the warehouse, the distances to be covered are reduced, and the error rate in terms of safety regulations is reduced, at least as far as warehouse planning is concerned.

Promising findings have already been obtained within the framework of a proof of concept in a Schnellecke warehouse. A number of other tasks now need to be mastered, ranging from software integration into existing IT systems to physical "exception handling". Behind this are the following questions: What is to be done if a designated storage location cannot be occupied or other unforeseen events lead to a difference between the data basis of the model and the actual situation in the warehouse? Although this step once again sounds like a great challenge, both sides are confident that it can be mastered.

Promising findings were already obtained during the proof of concept in a Schnellecke warehouse. A number of other tasks ranging from software integration into existing IT system, to physical exception handling now have to be mastered. This raises the following questions: What should be done if a designated storage location cannot be used or other unforeseen events lead to a discrepancy between the database of the model and the actual situation in the warehouse? Although this step also sounds like a major challenge, both sides are confident that it can be mastered.